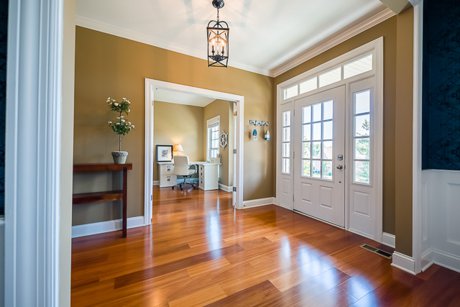 Several weeks ago, I was out showing a house to a young couple buying their first home. The house had come on the market the day before around 3 p.m. I had contacted the buyers immediately in hopes of showing it the

Franklin is in a hot seller's market and it's important that buyers get to new listings as quickly as possible.

We arrived early for our showing and noticed that someone else was already in the house. This is a common occurrence here. Some time slots have multiple showings scheduled. I don't usually enter a house when other agents are showing, I wait politely outside with my buyers.

The agent noticed we were waiting at the front door and waived us in. She went on to say that she was the listing agent and the couple in the house was just wrapping up. I told her we had a showing appointment scheduled and we would wait until her buyers were finished. It was then that I realized there was on OPEN HOUSE rider on her sign.

I entered the house and asked if she was hosting an open house? I explained that when I scheduled the appointment the day before, there was no mention of an open house event in the MLS. She told me she added it that morning for both Saturday and Sunday. I wish she had notified me. I prefer not to take buyers to open house events. I want them to spend as much time as they need in a house without the interruption of other buyers coming and going. Needless to say, I wasn't happy.

We were already there. The buyers were anxious to see the house so we proceeded in. There was another couple already there and one that entered right behind us. We slowly toured the house. The buyers loved the house and were anxious to write an offer. After talking for about 15 or 20 minutes outside, we decided to go in so I could get more information from the listing agent. We reviewed the property condition disclosure and asked the listing agent a few questions. We were on our way out the door headed back to my office to write an offer, when the listing agent pulled me aside.

LISTING AGENT: The house is already under contract.

ME (Incredulous): What?! The MLS shows it's ACTIVE. When did it go under contract?

LISTING AGENT: Last night. One of the buyers I'm working with bought it.

ME: But you didn't add the open houses until this morning. Why are you hosting open houses when the house is already sold?

ME: Are you telling the buyers who are coming through today the house is already sold?

LISTING AGENT: No. When I contact them on Monday to follow up, I'll let them know then.

ME: And you're hosting another open house again tomorrow and not telling the buyers it's already sold?

I was shocked. I couldn't believe a listing agent would hold an open house on a home that was already sold. My buyers were so disappointed and clearly troubled by the turn of events. They had fallen in love with the house.

Our MLS requires that listing activity be updated within 48 hours. Technically, the agent was within the multiple listing service's regulations but it felt dishonest to me. I would never want to work with an agent who had duped me that way.

I was so upset. As a matter of fact, three other couples were entering the house as we exited. I quickly quipped, "The house is already sold, don't bother." Once they confirmed that with the listing agent, they were right behind me. They asked me why the agent was hosting an open house if it was sold? I told them exactly what the agent had said to me, "She's trolling for buyers."

I chalked this up as an isolated incident and let it go. Until today.

Yesterday, I got a different first-time home buyer under contract to purchase a house. The buyer had asked if we could go into the house today so he could take measurements for furniture placement. I knew the sellers were out of town so I called the listing agent to see if we could swing by today before the sellers returned home. She told me a new agent was hosting an open house and requested that we go before or after the open house.

My buyers already have this house under contract. They don't have any worries but I quickly checked the MLS to see if the listing still showed ACTIVE. To the agent's credit, she had changed it in the MLS to show UNDER CONTRACT. I did ask her if the buyers were being told it was sold. She said they were, but it just doesn't feel right to me.

If you are a Franklin TN home buyer who is waiting to view a house for the first time at an open house event, don't wait. Buyers beware! That open house may be sold. 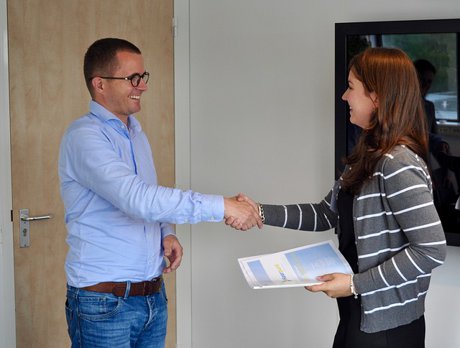 What buyers don't really understand it that these events are used by agents to meet home buyers. According to the National Association of REALTORS®, 83% of buyers use the first real estate agent they meet. Given that we're in a hot seller's market, most homes go under contract before they get to the first open house. This leaves agents who rely upon meeting new buyers at these events in a quandary. How do they get to meet possible home buyers? In their eyes, the simplest solution is to host events at HOT properties, even though, they're already sold.

In truth, buyers still have the ability to write offers on homes that are already under contract. However, very few buyers actually do that. The majority of buyers, if asked, would say they prefer not to see houses that are already sold.

While I don't think listing agents should be hosting open house events after a house is already sold, a reasonable compromise would be to change the listing in the MLS to UNDER CONTRACT and also post a sign rider with UNDER CONTRACT on the agent's yard sign. Then if a buyer still enters after already knowing the house is sold, it's his choice. He hasn't been fooled into thinking the house is still available.

Tammie White is a REALTOR® and Principal Broker/Owner of Franklin Homes Realty LLC in Franklin TN. Tammie works with relocation buyers looking to purchase a home in Franklin and the surrounding Williamson County area. She understands the way buyers search for homes making her an invaluable asset to Franklin home sellers. Tammie's website, www.FranklinHomesRealty.com, has become the premier search tool for buyers moving to Franklin Tennessee. She has been writing a real estate blog since 2009 and has been quoted in various publications including the LA Times, Realtor.com, Skype.com, The Tennessean and Williamson Source. Trust your home sale to the company who has sold 100% of its listings since 2012. Call Franklin Homes Realty LLC today!

Let's Find Your Dream Home Together... 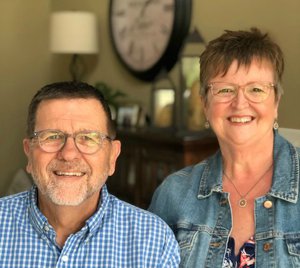